Welcome to Animehead’s Retroworld. In this first post I just want to talk about my aims a little with this website/blog. I created this site because as a long time fan of anime and manga I adore a lot of older stuff that doesn’t tend to get much coverage these days. When I was a teenager and I first started to fall in love with Japanese culture I hunted down pretty much everything available in the UK at the time with a near demented determination, mainly anime on VHS at first and then later as many interesting looking manga titles as I could fill my bookshelves with whenever I could afford to buy them.

Two monthly magazines were my go-to guides to otaku culture back then: Manga Mania and Anime UK which really enhanced my knowledge of the medium and got me familiar with all kinds of iconic titles; some of which were available in the UK at the time but most of which were not. During these heady days of constant discovery I often wished for the licencing and release of certain titles I’d gotten a glimpse of in those pages that never came to our shores.

What was extremely frustrating in those days was often the UK would get maybe one OVA of a much bigger series, a movie that was basically a condensed “highlight reel”really intended for already established fans without the TV show that preceded it, or half finished manga adaptations that had no proper ending. These missteps in the UK market often angered me greatly and so in order to “bridge the gaps” I turned to things like anime clubs who traded titles and also imported as many US releases as I could. At the time I made obsessive lists of stuff I wanted to read and watch. I’m glad to say that now in 2017 there are a lot of series from those lists that have since been released in English (either through official or unofficial means) but even now there are quite a few that have not.

My point is simply this: that while I do enjoy new anime and manga (and lots of it) on a regular basis I have spent more than half my life chasing older series that I read about in the early 90’s. Series which are held in some high regard but that I’d never had the chance to watch or read in English. This never-ending quest for “the classics” has given me an appreciation for old school otaku culture that unfortunately few western fans that I know (in person at least) seem to possess or even care to learn about. I know they’re out there judging by the few Twitter users and a few websites here and there that I’ve seen dedicated to Japanese culture from yesteryear. Now that’s not to say I won’t cover newer releases on this site, I will, but just so we’re clear, most of the content you see here will be of the “old school” variety.

It won’t just be anime and manga either. We’ll have a good look at some movies and videogames (particularly if they’re adaptations) as well as toys and models from Japan. I’ll also share some nostalgia and anecdotes and rage a bit about things like censorship and the weird and awkward attempts to “westernise” anime into a more digestible form for Americans and Europeans. In short we’re going to talk about some geeky shit. I do hope you’ll join me. 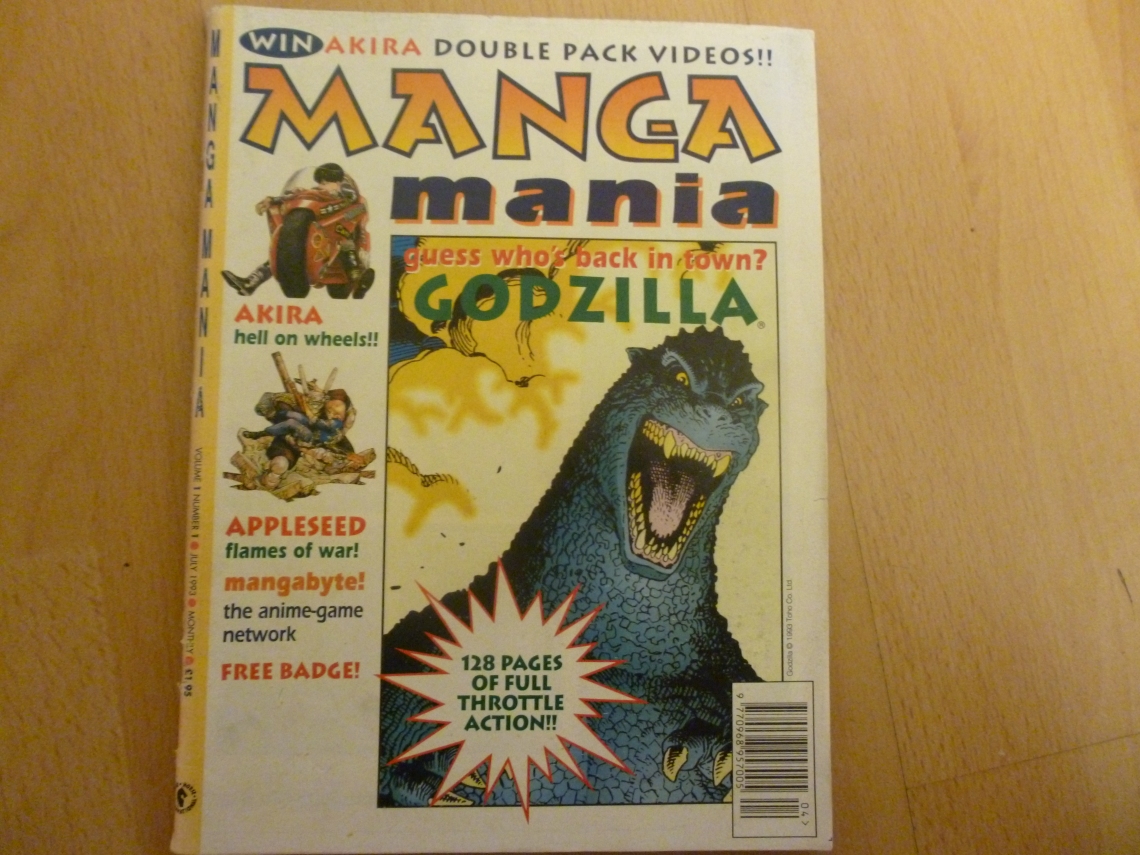 The cover of the first issue of Manga Mania published by Dark Horse Comics in July 1993 (My own copy). My first issue was actually #3  which came out 2 months later (and also featured the Big G on the cover). However I was lucky enough to find this first issue some time later(which was cool because I’d missed the first chapter of Akira and Appleseed‘s manga serialisation 🙂