Recent years in my life haven’t exactly been the best for me. I don’t say that to get sympathy. It’s just a fact. However 2017 has been absolutely brilliant for one thing: making great new friends through anime (and other geeky pursuits).
I can count the amount of people I know in real life who are seriously into anime and manga on one hand. Also, having moved away from where I grew up I don’t get to see those guys as often as I’d like. 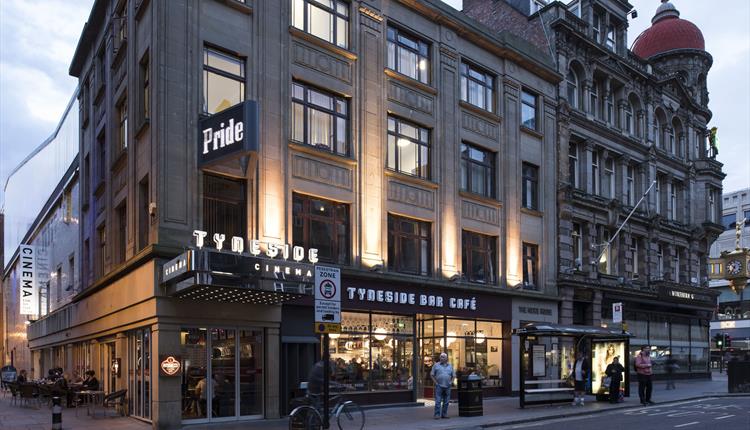 Last Friday I had a fantastic and unexpected conversation with a fellow fan that prompted me to get writing about all of this. I was at the Tyneside Cinema here in Newcastle (a wonderful place that shows lots of unusual films including foreign cinema and occasionally some anime movies). The bartender we got our drinks from before the movie struck up conversation with my girlfriend Lynsey and I. First he asked about the “Diamond Dogs” hoodie I was wearing. “Where do I know that name from?” he asked. “Well… probably from Metal Gear Solid V” I said “although it’s a David Bowie reference as the creator of Metal Gear is a big fan”.

“Ah yes Metal Gear Solid V” he said “I watched a playthrough of it on Youtube”.
Then he noticed I had a Forbidden Planet carrier bag. “Oh what have you been buying?” he said interested. Weirdly enough for the first time this year my visit to Forbidden Planet did not involve buying manga. I pulled some Teenage Mutant Ninja Turtles comics from the bag. What followed was an in-depth conversation about the entire history of TMNT from the 1984 comics to cartoons to rumours about future projects featuring the heroes in a half shell. At one point he mentioned that the most recent season of the TMNT TV show had an intro that was a homage to Cowboy Bebop. “Do you know Cowboy Bebop?” he asked. My eyes widened “Of course!” I replied (possibly with a slightly scary level of enthusiasm). This triggered an extremely warm and lengthy discussion about anime that lasted until we had to run to go see our movie. He talked about growing up in Hong Kong and seeing Miyazaki movies and other anime on television without subtitles in Chinese but still understanding the basic gist of the story. Also being confused by seeing different versions of Gatchaman on TV (Apparently they showed both the Japanese original and the “westernised” versions there). That’d definitely screw with your brain.
Before I had to run he asked my name and I gave it “Craig” I said and he offered his hand to shake “Steve” he replied. He said he was there most days so if I ever wanted to continue the discussion to come in and I said (truthfully I’ll add) that I would.

Making a real connection with a stranger like this in real life is rare for me. I consider myself a friendly and approachable person but it’s just not the sort of thing that seems to happen to me, which is a shame because I love nothing more than an enthusiastic chat about stuff I love with someone (whether that’s anime and manga or video games or movies or music) whatever it is doesn’t matter, it’s the passion for it that’s important. That feeling of knowing someone feels exactly the same way that you do about something creates a sort of kinship that’s rare, there’s a bond in it, a connection that can be strangely powerful.

Perhaps because anime is somewhat of a niche fandom, sharing our enthusiasm for the medium with another person seems to resonate more intensely than a widely loved circle of fandom like people obsessive about Star Wars or Game of Thrones. Because we meet less people obsessed with anime and manga on a day to day basis than we do people talking about whatever US TV show is hot right now we appreciate it all that more as a rare and therefore cherished experience.

Twitter has been a very positive experience for me as well. Since I started this site I’ve posted sporadically under the twitter handle animeheadsretro and had a lot of wonderful comments and responses. What is known as the “Anitwitter” community are some of the most intelligent, funny and warm people it’s ever been my pleasure to talk to online.

While I’m on the subject of Twitter I have to give a shout out to Ian Harper of the retro anime podcast. Ian, if you’re reading this I want you to know I’ve really enjoyed our conversations over the past few months. It’s rare to meet anyone who shares the same enthusiasm for “the classics” as I do and I look forward to many future conversations about vintage anime and the best mecha shows. To anyone else who may be reading this humble blog: if you love “old school” anime and you have some spare time please check out the retro anime podcast. Ian and his co-host Lewis are doing great work to promote shows, movies and OVAs from a bygone era that you may (or may not) know about, which is exactly what I’m trying to achieve here! (You can find links to the podcast below).

I hope everyone who reads this blog post has people in their lives who appreciate their various interests (anime or otherwise) and “geek out” at some of the same stuff along with you. Because after all…. what would fandom be without enthusiasm?

Please look forward to more reviews and articles soon! I’ll be checking out more vintage anime, manga and maybe even some anime related robot toys too!